The fifth featured artist for OPEN, the community art event coordinated with Team London Bridge and taking place at London Bridge Hotel is Joanna McCormick, who has two pieces within the exhibit.  This arts programme looks to promote those talented artists living or working in Southwark, where our hotel is sited.

Joanna’s passion is painting. Having been given her first set of oil paints at the age of 12, she fell in love with the medium and its expressive force. Joanna paints and draws in watercolour on paper and in oil on canvas, creating large and small scale “intuitive” works,

She uses vibrant colours and a broad range of painterly techniques – Freescumbling, stencilling using hand made stencils and translucent brushwork – with intensely fine lined detail drawn or written in paint onto ﬂat colours across the surface.  Her work is quintessentially English, with a strong inspiration from history, and other cultures across the world, in particular Japan.

Joanna’s work snatches inspiration from retro imagery and from texts – poetry, song lyrics and reminiscence sessions; Victorian scrap books and medieval chap books;  Wallpaper and textile designs by William Morris and Sanderson and old photographs and botanical illustrations, such as those by Maria Sybilla Merian.

She weaves historical and political narratives into a wonderland fairy tale world, that viewers are encouraged to freely interpret and create their own story from.

Her featured works – “HMS Impregnable” and “If Only the Moon” – are an exploration of the
wonder and fascination for ﬂoral motifs in our history, and a metaphorical description of the power of ﬂowers to uplift and revive the spirit in times of adversity.

Vibrant blue roses dance across the canvas, surrounded by rich, cloud streaked blue skies above, and the choppy waters of deep green sea below. The source for the roses springs from an abandoned hospital screen discovered in the 1990s, when my art expressed itself through installations. Prime Minister Margaret Thatcher rolled out Care in the Community. Hospitals and institutions closed. I attended an auction of furniture and equipment and found a hospital screen. The poignancy of its chintz
rose pattern inspired me to start painting again. The patina on the fabric, rich with emotional resonance. Sanderson Chelsea, 1950s style retro. English beauty, wonder, fascination. I started drawing and painting as an experiment. Describing and capturing process, rendering ﬂowers.

Within the paintings can be found 83 names. Some of the people tragically affected by the Government’s “Welfare Reform” programme, as documented in Ken Loach’s flm “I, Daniel Blake”. For example,
Colin Traynor suffered from epilepsy. He was denied disability living allowance and found ft for work. His seizures increased due to stress. He won his appeal fve weeks after his death. His father said: “I firmly believe – 100% believe – that the system this government introduced has killed my son.”

Other elements include butterﬂies, sailors, birds, fsh and mermaids. A Japanese kitsune fox transformed into a woman. Darwin’s famous ship HMS Beagle, chased by a sea monster. Poetry and song lyrics,
including the artist’s own.

If Only The Moon

Artist background: Joanna specialises in artist residencies and teaches at The Thomas Calton Centre in Peckham for Southwark Adult Learning Services. She runs art sessions at The Union Chapel in Islington. Jo is currently working with Meet Me At the Albany, documenting their creative sessions at independent living schemes throughout Lewisham, in collaboration with Southwark based artist Dick Graham. 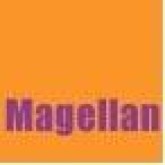